World Heritage Struve Geodetic Arc has inscribed four geodetic stations points in Norway, representing the universal value of this World Heritage. The obelisk at Fuglenes / Hammerfest represents the northernmost point – the end point of the geodetic arc. Lille Raipas is point E in the northernmost extended-triangulation network. Luvddiidčohkka and Muvravárri/Bealjášvárri represent two of fifteen vertices of the triangulation chain.

The gift from the past means something to all of us

The Struve Geodetic Arc is a heritage from the past. After it was entered in the World Heritage list in 2005, it has been regarded a cultural heritage for the whole of humanity. This means that we must preserve it for future generations.

The Struve Geodetic Arc extends through 10 countries, and the distance between the northernmost point at Fuglenes in Hammerfest, and the southernmost point at Staro-Nekrassow, Ismail, is 2820 kilometres. Both points are marked by monuments. The points established in this very extensive surveying operation were the basis of surveying and mapping for many decades.

The 265 points in the geodetic arc form a chain of triangles. The triangle angles were accurately measured by theodolite. At some of the points, astronomical observations were carried out, and baselines were measured to determine the scale. *** See also About the method 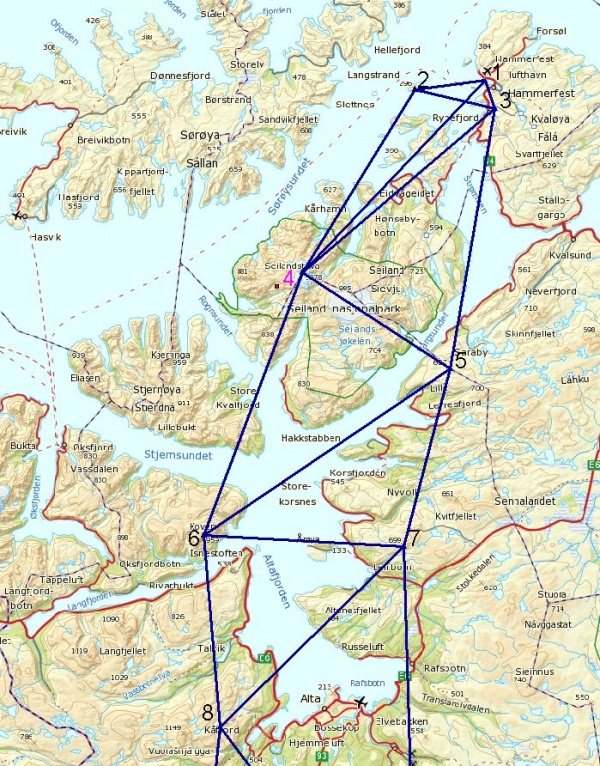 The northern most part of the triangulation chain. The Mapping Authorities

In Norway, they worked from Hammerfest in the north to Kautokeino in the south. Four summer seasons between 1845 and 1850 were spent reconnoitring, surveying and performing astronomical observations. During the first season, the surveyors assessed the terrain and decided how to solve their task. In 1846, the three northernmost and the seven southernmost points in the arc were established and marked with signals and the vertical angles were measured. The process was in 1847, repeated for the five midmost points. Astronomical observations were performed at Hammerfest in 1850, a baseline was measured, and a triangulation network was measured at Alta.

Bjørn Geirr Harsson has written more about this. See more at kartverket and the article: The Art of Survey of the earth from Finnmark. 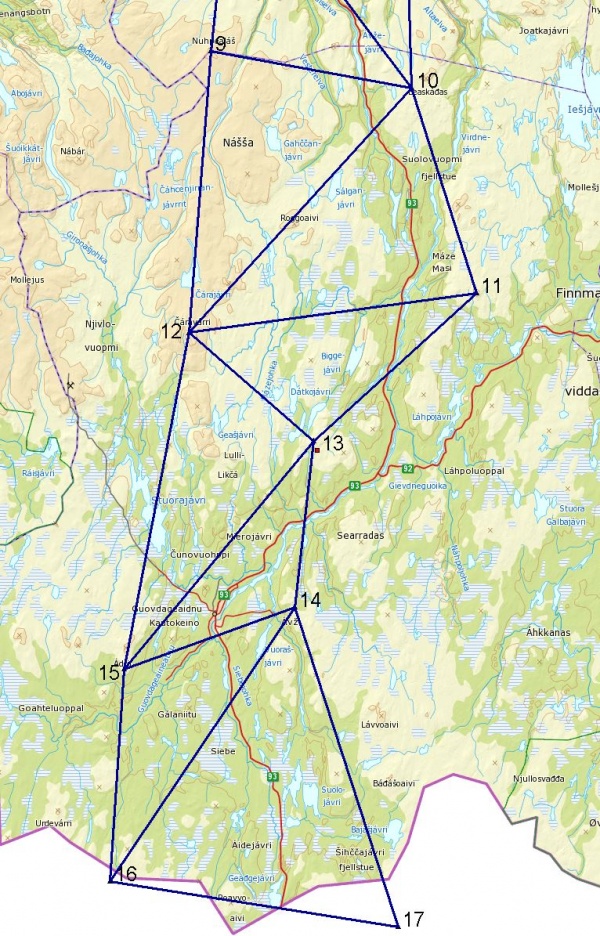 The southern part of the triangulation chain in Norway. The Mapping Authorities

Why should we preserve this Cultural Heritage?

Knowledge, technology and art are products of human actions, and the development of those actions are results of human interaction with nature. The Struve Geodetic Arc represents the development of knowledge and technology. The scenery, with its low and curved mountaintops from the coast of Western Finnmark to the Finnish border, played a major role in the establishment of the degree measurement chain and the triangulation network in Norway. Both elements may be regarded as manifestations of this interaction among nature, humans and human knowledge.

The results of the work with the Struve Geodetic Arc were important for the development of geodesy, navigation, surveying and mapping. There are many examples of such scientific advances in history, but the Struve Arc stands out. There are still real and intact station marks in the landscape. Every single one of them is a reminder of this scientific achievement. Preserving and protection of our common cultural heritage means that we must be acquainted with the knowledge that forms the basis of the surveying, the story of the expeditions and the collaboration among all those involved – monarchs, scientists, instrument makers and others.

How to preserve the World Heritage and the supporting values?

In Norway, this means that we must be able to visit one of the four selected points entered in the World Heritage list, and to see the connection to other close stations in the degree measurement chain and the triangulation network. These stations close to the World Heritage geodetic points are defined as being of supporting value, important in the understanding of the totality of the Struve Geodetic Arc. If we obstruct the view to those points, the experience of the totality of this work will be diminished and the supporting value to this World Heritage will be reduced. 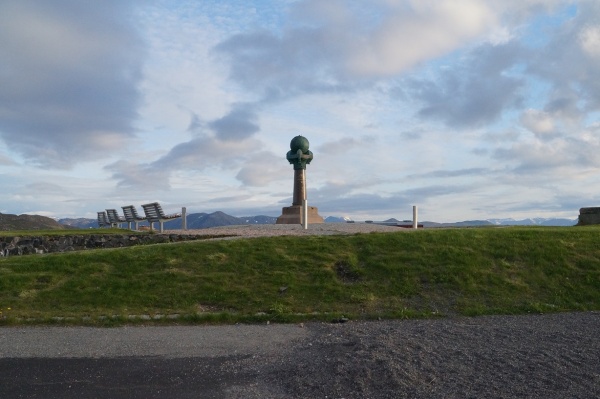 View from the Meridian Statue/ the obelisk in Hammerfest. GJV

The local authorities must establish a buffer zone around this Cultural Heritage to ensure that nearby activities will not cause disturbance to the World Heritage and its supporting values. The management must consider the necessity of restoring the cairns, and decide if the selected points should be organized as communication arenas. Information on how the methods worked and how the landscape was used in the measurement of the Struve Geodetic Arc must be available at the various points. 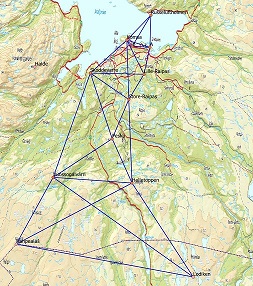 The extended network in Alta. PCB

We must cooperate with the other nine Struve Arc countries on travelling routes, organisation, communication and education. A major goal should be that all inhabitants of Hammerfest, Alta and Kautokeino are well informed on this heritage from the past. Thus, we will bring it with us into the future.